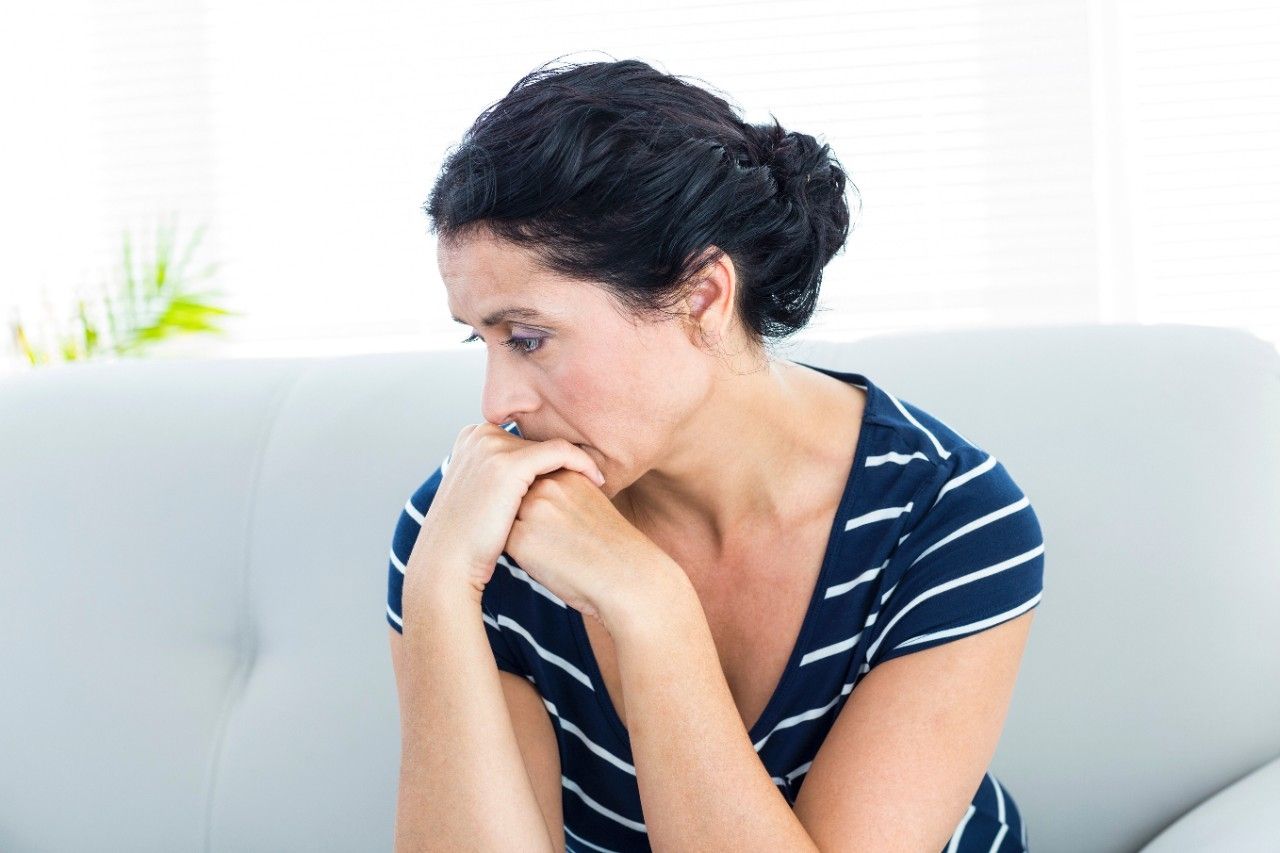 Transference Focused Psychotherapy (TFP) is a highly specialized and effective treatment for Narcissistic Personality Disorder (NPD), Borderline Personality Disorder (BPD), and other difficult-to-treat conditions.  TFP is an empirically validated treatment (EVT), and it has been thoroughly researched through numerous randomized controlled trials (RCTs) which have shown it to be equal or superior in effectiveness to Dialectical Behavioral Therapy (DBT), Mentalization Behavioral Therapy (MBT), and various forms of Cognitive Behavioral Therapy (CBT). 1 TFP has been shown to produce significant improvement in personality functioning,2 and long-lasting positive changes that go beyond mere symptom change.3

This page pays homage to Otto Kernberg, MD, the author of the seminal book “Borderline Conditions and Pathological Narcissism,”4 and many other important works. Kernberg is one of the true modern-day giants in the mental health field, and the developer of Transference Focused Psychotherapy. He has published dozens of books and articles on this and related topics in his lengthy career, and since 1976 he has been the Director of the Personality Disorders Institute at the New York-Presbyterian Hospital-Cornell Medical Center.

For the past several years, I have engaged in intensive training in Transference Focused Psychotherapy, studying the scientific literature, attending international conferences, and receiving personal case supervision from two of Kernberg’s colleagues and co-authors at the Personality Disorders Institute, Frank Yeomans, MD, PhD, and Kenneth Levy, PhD. In doing so, I have improved my skills as an already-experienced psychotherapist to new and higher levels of sophistication and effectiveness. It has been a career-changing opportunity that has very positively affected my clinical work.

Transference Focused Psychotherapy seeks to help borderline and narcissistic patients better understand the nature of their own internal personality conflicts, their conflicts with others, and especially their own contributions to their difficulties in life. There is a focus on cognitive, behavioral, and emotional patterns displayed in important relationships, in work or school, and importantly, in the psychotherapy relationship itself between patient and doctor. TFP is most effective if sessions can occur twice per week (though sometimes less frequently) and requires sufficient time to achieve optimal results, usually a year or more.

It is well-established that narcissism is a personality characteristic that exists within all of us. And for most of us, it is experienced as a healthy sense of pride in our accomplishments and a healthy sense of a core identity in terms of how we think of ourselves, the values we believe in, and how comfortably we relate to others in various relationships. However, some individuals experience wishes and needs related to narcissism as an excessively self-centered orientation to the world, often causing problems in intimate relationships, social relationships, and the workplace. Many of these patients can be seen as suffering from Narcissistic Personality Disorder (NPD).

To make matters more complex, there is diagnostic confusion surrounding NPD. Individuals with NPD may be grandiose or self-loathing, extraverted or socially isolated, successful in business or unable to keep a job, seemingly model citizens or psychopathic. Given this diversity, what could such individuals have in common? The DSM-5 criteria (see below) provide a rather narrow and single-minded definition of NPD characterized by a strong pattern of grandiosity (in fantasy or behavior), needs for admiration, entitlement, and a lack of empathy. However, these criteria provide inadequate coverage of a broad population of patients who receive the diagnosis in clinical practice, and they fail to cover other core psychological features of the disorder, including vulnerable self-esteem, feelings of inferiority, emptiness and boredom, and emotional reactivity and distress.

• The grandiose, “overt,” subtype (corresponding closely to the DSM-5 criteria): The grandiose, thick-skinned, overt subtype is characterized by overt grandiosity, attention seeking, entitlement, arrogance, and little observable anxiety. These individuals can be socially charming, despite being oblivious to the needs of others, and are interpersonally exploitative.

• The vulnerable, “covert,” subtype: In contrast, the vulnerable, “fragile” or thin-skinned, covert subtype is inhibited, manifestly distressed, hypersensitive to the evaluations of others while chronically envious and evaluating themselves in relation to others. Interpersonally these individuals are often shy, outwardly self-effacing, and hypersensitive to slights, while harboring secret grandiosity.

• Both grandiose and vulnerable subtypes are extraordinarily self-absorbed. Many individuals with narcissistic personality disorder fluctuate between grandiose and passive, depressed states, depending on life circumstances, while others may present with mixed features.

• The healthier, “high-functioning” subtype: These individuals are also described as “exhibitionistic,” or “autonomous.” They are usually grandiose, competitive, attention seeking, and sexually provocative, while demonstrating highly adaptive functioning and using their narcissistic traits to succeed. Because of their high level of functioning, at first glance, these individuals may not appear to have a personality disorder, and the NPD diagnosis can be overlooked.5

A pervasive pattern of grandiosity (in fantasy or behavior), need for admiration, and lack of empathy, beginning by early adulthood and present in a variety of contexts, as indicated by five or more of the following:

1. Has a grandiose sense of self-importance.
2. Is preoccupied with fantasies of unlimited success, power, brilliance, beauty, or ideal love.
3. Believes that he or she is “special” and can only be understood by, or should associate with, other special or high-status people or institutions.
4. Requires excessive admiration.
5. Has a sense of entitlement, that he or she should always receive special treatment.
6. Is interpersonally exploitative (i.e. takes advantage of others to gratify one’s own needs).
7. Lacks empathy and compassion for the feelings and needs of others.
8. Is often envious of others; or believes that others are often envious of him or her.
9. Shows arrogant, haughty behaviors or attitudes.6

Borderline Personality Disorder is a mental health condition that has gotten increasing attention in the past 30 years. Although the concept had been recognized for many decades, the modern use of the term begin with Adolf Stern in 1938 to describe individuals suffering from a disturbance that was “on the borderline” between neurosis and psychosis.7 The condition was studied and written about intensively beginning in the 1970s, and is now thought to be a combination of disorders of emotional functioning, impulsive behavior, and unstable interpersonal relationships. It has also been referred to as “emotionally unstable personality disorder.”8

To qualify for the diagnosis, individuals need to exhibit two or more of the following:

Empathy: Poor ability to recognize the feelings and needs of others, associated with interpersonal hypersensitivity (i.e., a tendency to feel criticized or insulted); perceptions of others biased toward the negative.

And four or more of the following:

Emotional instability: Frequent mood changes; emotions that are easily aroused, intense, and out of proportion to circumstances.

Separation insecurity: Fears of rejection by or separation from significant others, associated with fears of excessive dependency and complete loss of autonomy.

Depressivity: Frequent feelings of being down, miserable, and hopeless; pervasive shame; feelings of inferior self-worth; thoughts of suicide and suicidal behavior.

Impulsivity: Acting on a momentary basis without a plan or consideration of outcomes; a sense of urgency and self-harming behavior under emotional distress.

Risk taking: Engagement in risky, and potentially self-damaging activities, without regard to consequences; denial of the reality of personal danger.

Contact Dr. Tom Bonner to discuss the evaluation and treatment of Borderline or Narcissistic Personality Disorders.